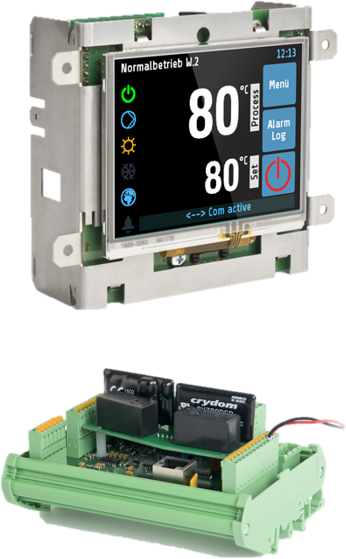 Temperature control units are used in numerous industrial areas. Sometimes they are small ancillary solutions. Others are core components of major industrial processes. Practically any medium can be used as an energy source for a temperature control unit. It is common for instance to connect to a central thermal oil heating system or even to a steam line to supply energy for very high outputs. The heat from the source is transferred to the circuit supplying the system indirectly via the heat exchangers or directly via control valves. In some applications, electrical heater cartridges are installed in the circuit for the production process and they fine-tune the temperature control. They can also serve as an (expensive) energy source in the event of a failure of the main medium in order to maintain the production operation.

For operation of the temperature control units the electric output is only required for control of the valves and operation of the controller. Particularly in separate-circuit systems with heat exchangers, additional booster pumps are needed to pump the fluids. The pumps were formerly designed for a constant delivery rate. 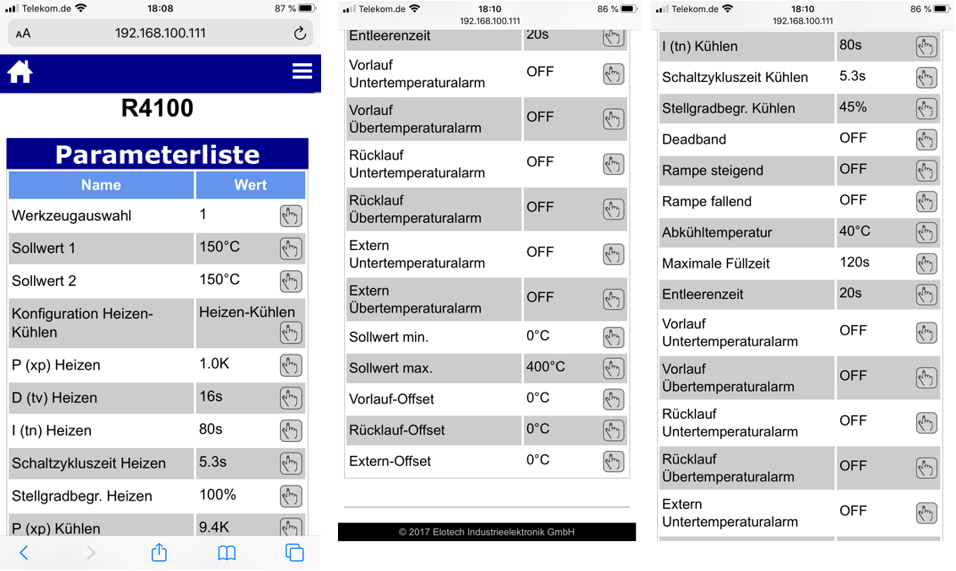 In plastics processing the control of the working temperature is of central importance. Materials such as PA or PE react to thermal overstress by carbonising, while other plastics such as POM or PUR decompose into gaseous materials, evident in the foaming of the material at the nozzle output.

The right solution from ELOTECH

For this industry segment ELOTECH offers not only optimally-adapted controls but also full control of these temperature control units. Thus, in addition to the actuators, you also operate solenoid valves for filling and emptying the system and numerous other functions.

ELOTECH offers different solutions depending on the product category: From small cost-optimised variants to highly functional products with OPCUA and cloud-connection. Effective interaction of intelligent control and regulation in a product improves the efficiency of the system and achieves energy savings.

We solve your control problem

Talk to us about your individual control solution.