The RT7000 is the top expansion level of the RT family. From 8 zones to 128 zones, this system can map as wide a range as a multi-zone controller. Two 32-zone controllers can then be expanded to 64-zones via cascading. Larger systems are implemented as customer-specific variants. Operation is via a 7-inch touch display or via our innovative App-based remote control unit.

In an emergency: Alarm

The heating process is automatically interrupted at temperature over/undershoot, power surge or sensor failure (sensor break). Rapid, unplanned temperature or energy increase, e.g., at a nozzle, can be an indicator of a leak. The system is switched off. To ensure that no data is lost, it is possible to set a back-up via USB storage. 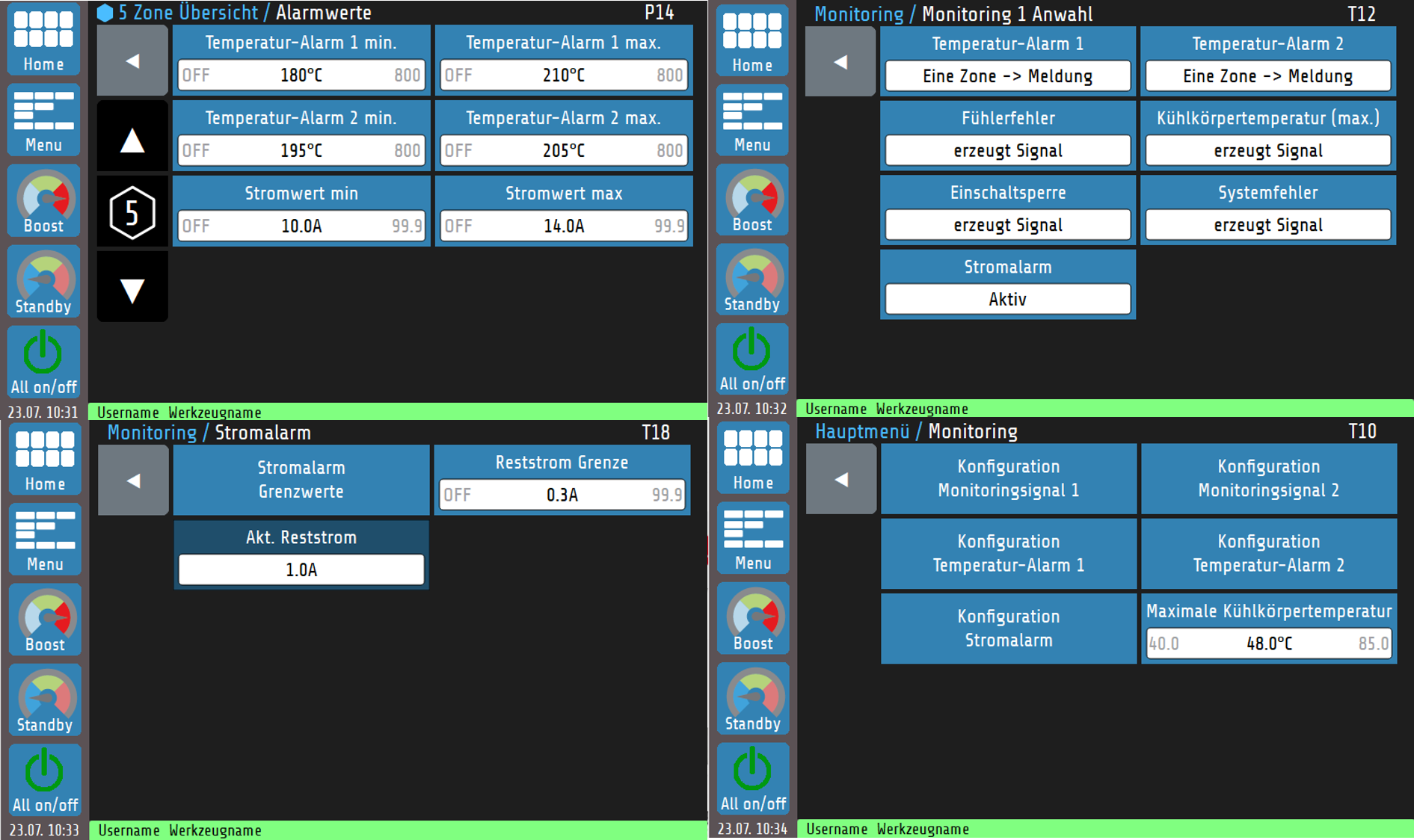